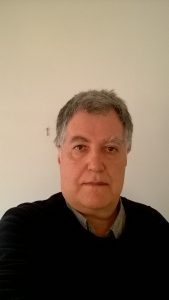 1) How long have you been teaching classes with BA&CE?

I have been teaching with Brookline Adult & Community Education since 2017. I recall the invitation from Jane Rumrill at the time. At first, I wasn’t sure I would have the time, given by then I had developed commitments to also teach at Cambridge Center for Adult Education. But in the end, a neatly compatible series of complementary timeslots just kind of evolved and so here I am with Brookline! I came into Adult and Community Education after giving a few years ago after a long career in computer and high tech, specializing in internet technologies and telecommunications, which included internet start up BBN Communications  here in Cambridge and then a long stint with Lucent Technologies in Westford, MA. When I was let go in 2015, I wondered how to make a few extra dollars from my library of history books, which, until then, was merely a hobby. So here I am, sharing my deep love of history and humanities from all those books in my library!

2) What are the different classes that you teach or have taught for BA&CE?

I started out teaching the topics which I know and have researched most deeply – the World War I era, and history of Eastern Europe, especially Ukraine, Russia, Poland and Belarus. I have branched out into other topics which I have studied before at Harvard Extension School – Medieval history and culture, and comparative studies on the early eras of Fascism and Communism, for example. My computer and telecommunications expertise has allowed me to also  teach a few courses on computer and network security and the history of cryptography. I was then invited to help out with a few ESL courses, so here I am, teaching in all domains.

3) What do you do for work and/or enjoyment when you’re not teaching?

What I do while not teaching are a few things. I belong to several historical organizations, such as the World War I Historical Society, Organization of American Historians, and recently served on the Massachusetts World War I Centennial Committee. I am working and researching a couple of articles which I hope to get published. I give short talks and seminars to various community groups, at senior centers and local libraries, and local historical groups. I help friends and relatives with genealogical research. For instance, I transcribed an old Civil War era diary that has been in my spouse’s family for generations. I added value there, hopefully, by researching what Civil War events happened in the many different locations and place names mentioned in the diary to provide a historical background to it. In another case, I researched and documented the history of the street we live on, at the request of some neighbors. Also, my library of history books is still growing. I am researching new topics to teach on, for example. I try to research them to ensure relevance to things that are happening today, for instance. Then if there is nothing else left to do, I live in a 110 year old three-decker in Cambridge, which, although quite historic, I am finding needs continual repairs and maintenance.

Well, you shouldn’t have ask me that question during a pandemic! If I had the chance to answer BEFORE the pandemic, I would have said how I love to interact with the small groups of people in the various locations where Brookline Adult and Community Education hold their classes. These people themselves, turn out to have interests and viewpoints of their own which they share during classes. Now that we are using Zoom, I am glad to say I am able to continue relating to people who seem to enroll in my classes on a repeat basis, while at the same time, there is always somebody who comes along with a deep background in some specific subject or topic, and comes along to share and enrich the class experience.

5) How do you connect with the students?

I usually connect with students regularly during courses, via a series of emails that include class announcements, agendas as well as handouts. There are always questions being asked in class and/or in email, so during a course, there is a continual running discussion of the topic. Now and then, an occasional student contacts me out of the blue with a request for a reading list on some topic, or advice how to do research on a  certain topic. I am always glad to help out.

6) Do you have a favorite memory from one of your classes?

There was one class I was giving on 19th Century Russia. As it happened, one of the students was a retired professor from a local college. I didn’t know this at the time, but later, based the questions he asked, I realized he also knew something about the topic. I was actually frightened that perhaps my role as a historian-hobbyist was not up to par for his standard, but it turned out he was interested in my views and way of synthesizing the material. Thank goodness I could read Cyrillic script and properly translate the quotes I was putting up! On another occasion, I taught a series of conversational English classes with a small group, who included a biology scientist from Japan and a journalist from Germany. I had a lot of fun defending the somewhat arbitrary rules of English grammar, and found the class, for some reason, had become fascinated with the gerund grammatical device – a verb that functions as a noun. As most ESL teachers realize, it’s one thing to teach and correct the way students of English speak and write, it is another thing to become a professorial expert on grammar. Most English teachers are actually NOT experts on grammar theory especially the whys and wherefores on how English grammar evolved some of its uniqueness. But, it was interesting in this case, since I myself had to really research the various rules and many ways gerunds have come into common English use. I did say to the students, though, that they should not go out into the general Boston area and test New Englanders’ knowledge of gerunds. It would prove highly embarrassing for us as a people here. Even most native English speakers (people you meet on the street, on an MBTA bus or in a store) even in relatively well-educated Boston, Cambridge and Brookline, certainly know how to use gerunds, but would probably fail to identify one right away, even if they had just used one in speaking to you, and would utterly fail to explain why!

7) What do you look forward to in your next BA&CE class?

I think I would look forward to expanding the kinds of experiences I just talked about, and by being a teacher, learning more from the students! I do look forward to the return of face to face classes, although I am happy to teach some classes online as well.

8) Finally, have you taught any online classes? If so, any takeaways or tips for those considering an online class?

I have given this some thought, and am still in the process of digesting. Teaching online can be exhausting in a way, and it’s harder to maintain inter-action. Being unable to turn instinctively to a whiteboard can be really hard on instructors like me, who likes to write down key words or draw ad-hoc maps on the board. In some sense, there is a danger of talking away with a prepared presentation, and becoming a kind of video-pod cast to the students. We need to be mindful to take more frequent and deliberate pauses, and pro-actively check if the audience has any questions or comments or thoughts.