History of BACE by Arthur Conquest

BACE: A 40 Year Review of Educational Excellence, Change, and Continuity 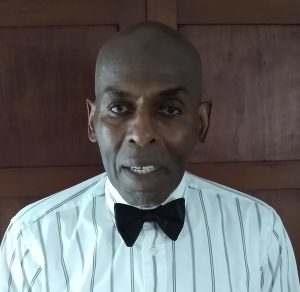 Brookline Adult & Community Education (BACE) has been for the past 40 years an integral part of the Brookline Public Schools.  It is the oldest and largest non-credit, public education program in Massachusetts, dating back to 1882. While many are aware of the program today, few may realize the scope of its long and distinguished history and service to Brookline’s citizens.

Linda Larson was the inaugural Director of modern day BACE from 1980-2005 when she retired.

Believing that the public school system should involve the entire community, former Brookline Public School Superintendent Dr. Robert Sperber in the early 1980s charged the adult program and expanded its responsibilities to include coordination of programs for senior citizens and children’s extended day groups. He hired Linda Larson in 1980 as BACE’s director, a visionary program changer.

With the statewide passage of Proposition 2 1/2 in 1980 and the fiscal crisis that it precipitated for public education, the Brookline School Committee voted to eliminate financial subsidy for BACE. In the process, it mandated the program to develop mechanisms to become self-supporting. By 1983, BACE was reconfigured to provide more diversified course offerings, and new business and marketing practices were instituted and reasonable fees for courses were initiated. After the phase-out of the subsidy over a three-year period, the program successfully met the challenge of covering its own operating costs, and in the process, a very important community resource was preserved.

The 1980s brought on exponential growth and expansion for the program. By the end of the decade, enrollments grew to over 15,000 and over 1,000 courses were offered yearly. The growth was fueled by an expanded curriculum and calendar year, by high visibility, and by opening enrollment to nearby communities. This early effort laid the groundwork for the next two decades.

Foreshadowed by the values of the early Lyceum Society, the heart of the re-designed curriculum focused on the liberal arts, balanced by a broad-ranging, innovative curriculum reflecting community interest in global and world affairs, philosophical and spiritual reflection, writing, literature and poetry.

To meet the language needs of new immigrants from Russia, Asia, and South America, BACE significantly expanded its English as a Second Language Program. Creative offerings in many other languages, business, arts and crafts, music, dance, and exercise generated community interest and increased enrollments. BACE also instituted a series of lectures given by famous Brookline residents including, among others, a Nobel Prize winner, radio and television personalities, noted singers, poets, musicians, writers, physicians and the former Governor and U.S. Presidential candidate Michael Dukakis.

When the foundation-funded Brookline Early Education Project (BEEP) ended in1982, the school system, because of its own budget constraints, was unable to support the continuation of the program. BACE adopted it, and provided administrative and financial support for early childhood education until 1995, when Early Childhood was launched as a flourishing independent program within the Brookline Public Schools.

BACE has been a model for other town adult education programs and has received many accolades. In 1988 the Massachusetts Association for Adult and Continuing Education honored the program by naming Linda Larson the “Massachusetts Adult Educator of the year.” During 1989, the Brookline Chamber of Commerce gave special recognition to BACE for its service to the community and for its administrative success as a self-supporting program in a public context.

During the 1990s the program continued to develop and innovate, building on the solid base developed in the 1980s. Summer programs for children were added and were highly subscribed by community members looking for quality summer experiences.

When the new senior center opened in Brookline in 2001, BACE was able to greatly expand its course offerings for senior citizens, including course development and staffing for a new computer classroom. One of BACE’s most satisfying and enduring programs offered at the center is the Senior Seminar in Autobiographical Writing, started in 1985 by Irving Schwartz and continuing to this day. With the support of BACE, participants in this class published four volumes of their work in a series of autobiographical sketches called At the Center of a Life, thereby leaving an important legacy for individual families as well as for the town.

Upon Larson’s retirement in 2006 Superintendent Bill Lupini hired Claudia Dell’Anno, a former program coordinator, as the second director. With a downturn in the nation’s economy, and a  major shift in the community’s demographics and socio-economic priorities, school vacation and summer programs for children became a significant component of BACE’s course offerings, accounting for just under fifty percent of the yearly revenue.

As the Town of Brookline continues to involve, so will BACE as old program staff move on and new ones, especially the leadership come in.  However, the core mission will continue to remain the same: Serve and involve the entire community. There is a “new” Executive Director now and there will be in the immediate future a “new” public school superintendent. So with them innovative changes will invariably follow at BACE.